We hope to provide customers, business partners and interested parties with an informative excerpt of the news in our company.

The trade magazine "Solid" asked: Who are the best suppliers for the construction industry and construction trades?

Every year, the readers of the "Solid" newsletter have the opportunity to vote for the top suppliers in the construction industry. Assessments are made using a 5-star system in different categories (production quality, timeliness, service & support, etc.).

Yet again Prangl have held their ground in the "Construction machinery" segment and have established themselves in the top 10. This confirms once again the applied philosophy of enhanced service quality.

Prangl celebrates its 50th business anniversary, and the opening of a new headquarters in Liesing, Vienna.

The open day was held on the 15/09/2017 at the new 67 000 square metre site in Liesing, with the slogan “Experience the fascination of Prangl”. The company premises were open to visitors for a whole day.

As a family business, we have a social responsibility. “We not only feel responsible for our employees, but also want to do something to help those who are less fortunate than ourselves,” as Christian Prangl explains. For that reason, a raffle was organised in support of the ‘Hilfsfonds Soziales Liesing’ fund. The top prize was a Ford Fiesta Titanium worth more than € 17,000. The fund supports disabled people, and those who have undeservedly fallen on hard times, living in the 23rd District of Vienna. Another focus is on supporting students who, for financial reasons, cannot take part in school events (skiing lessons, etc.).

Around 4,000 visitors came together in fine weather to celebrate the opening and the anniversary. Prangl is delighted to be able to present the Chairman of the 23rd District of Vienna with a cheque for more than €5,000.

Prangl celebrates its 50th business anniversary, and the opening of a new headquarters in Liesing, Vienna.

The open day was held on the 15/09/2017 at the new 67 000 square metre site in Liesing, with the slogan “Experience the fascination of Prangl”. The company premises were open to visitors for a whole day.

Prangl opened the doors of their company headquarters and celebrated the company's 50-year anniversary.

The open day was held on the 15th September 2017 at the new 67,000 square metre site in Liesing with the motto “Come and see the fascinating world of Prangl”. There was a large celebration on the occasion of the opening of the new headquarters and to celebrate the 50th anniversary. More than a thousand visitors came to see the new company site and to marvel at the over-sized vehicles as well as trying their hand at operating a crane themselves.

Founded in 1965 by Josef Prangl, the evolution of the company started with the purchase of two cranes in 1967. Nowadays, Prangl is distinguished by flexibility, safety, precision project planning and expertise in consultation and service – and for many years, on the international market too. For space reasons the company has now returned to the country's capital, moving the company headquarters from Brunn am Gebirge in Lower Austria to the Liesing district of Vienna.

Within one and a half years the new headquarters was erected, the complete operation migrated from Lower Austria to Vienna and around 16,000 tons of machinery and materials shifted from the old site to Liesing. "My greatest praise is reserved for our employees who have managed this so professionally and with no problems", says Christian Prangl.

The opening of the headquarters and the anniversary combined to form a huge celebration. A selection of machines from our diverse product range was presented at the open day. The site was open to visitors all afternoon.

Alongside play stations for children, the guests could ride up to a height of 50 metres with a work platform or even operate a crane themselves. In addition, numerous cranes and vehicles from the comprehensive fleet were exhibited. The vehicles on show included a 99 metre erected 650 ton crawler crane, a 350 ton telescopic crane, a heavy duty transportation trailer extended to 59 metres, a 53 metre long liftable pipe adapter, a patented wing transportation device with a 56 metre long rotor blade that can be erected to 60° and a 1100 ton hydraulic gantry with a 300 ton telescopic crane hanging from it. A huge air cushion, a bouncy castle, a children's carousel, an original crane simulator and various photo opportunities provided fun for all and a great atmosphere.

The performance by "Die Granaten” [The Grenades] was a real highlight as they set the mood with rousing folk music, current pop songs and international hits. The MC for the day was none other than Andy Marek, the announcer for SK Rapid Wien. He effortlessly provided a great atmosphere throughout the whole afternoon and then stoked the excitement for the prize draw. At 6pm, the five tombola prizes were given out. The main prize was a Ford Fiesta Titanium worth more than € 17,000. In addition, there were two city flights within Europe, a Sony Playstation and two crane models to be won. The net proceeds enabled € 5,000 to be donated to the “Hilfsfonds Soziales Liesing” [Liesing social relief fund].

Around 4,000 guests came together in fine weather to celebrate the opening and the 50th anniversary of Prangl. “We are delighted that so many guests accepted our invitation and have come to help us inaugurate the new site. Here’s to the next successful years in Vienna!”, enthused Christian Prangl at the end of the event – delighted.

We are opening the doors on our company headquarters in Vienna and celebrating our 50-year anniversary. Come and see the fascinating world of Prangl for yourself on the…

With the motto “Come and see the fascinating world of Prangl”, we are delighted to invite you to our open day on the 15/09/2017 at our new 67,000 square metre site in the Liesing district of Vienna. We will be hosting a large celebration on the occasion of the opening of the new headquarters and to celebrate our 50th anniversary.  The company premises will be accessible to visitors all day long and accompanied by a magnificent programme.

In our 50-year corporate history we have grown into an international group of companies. With a total of 17 sites in Austria, Hungary, Slovenia, Croatia and Slovakia, and operating areas throughout the whole of Europe, we are one of the “Big Players” in the sector. We have a total of around 650 employees.

We have planned numerous highlights for our open day. Have a go at operating a crane yourself. Ride up to a height of 50 metres. An original crane simulator, over-sized vehicles, a bag jump, county-fair attractions, as well as a prize draw for a Ford Fiesta, a city flight for two within Europe and a Sony Playstation 4 will ensure that there is plenty of action and fun for all. There will also be several play areas for children. Andy Marek, the announcer for SK Rapid Wien, will be our MC for the day. Music will be provided by the “Granaten” [The Grenades].

In the international top tier

Once more, Prangl has been recognized as belonging to the top companies in the international crane and work platform industry.

Each year, the globally renowned specialist publication "International Cranes" lists the biggest crane rental companies in the world. Coming in at 12th, Prangl is the only representative from Austria inside the top 20. In a European context, this means an outstanding 5th place.

The annual analysis by magazine "Kran & Bühne" uses different parameters to compile its ranking. However, the picture is very similar. Prangl is counted among the top 6 crane companies in the German-speaking world.

When it comes to the aerial work platform sector, the situation is similarly pleasing. By putting it in position no. 7, "Kran & Bühne" has once again recognised Prangl as belonging to the elite across Austria, Germany and Switzerland.

The latter was also confirmed by the international trade publication "International Rental News". 97th place in a global comparison represents a small jump forwards. Incidentally, there are no other Austrian aerial work platform companies in the top 100. And the European evaluation from the magazine speaks for itself. In 38th place, here too we are the only Austrian representative.

Prangl is back in Vienna!

In a project that has been completed over the last 1½ years, a new headquarters covering a total area of around 67,000 square metres has been erected south of the Großgrünmarkt wholesale market in the Liesing district of Vienna. “We have decided to return to Vienna due to the excellent transport connections and the availability of this site,” says Christian Prangl.

In the first project phase, just under 51,000 square metres will be developed. The remaining areas are earmarked for future expansion.

The property was purchased while the S1 express way was still under construction. Thanks to close coordination with the City of Vienna and ASFINAG (Austrian express way operator), it has been possible to adapt all access roads in the Laxenburger Strasse area to meet Prangl's logistics requirements. In addition, the Laxenburger Strasse/Richard-Tauber-Gasse junction has also been extensively reconstructed.

The new headquarters is a state-of-the-art logistics complex, with a great deal of thought being given to the architecture, appearance and design! “The relocation of the group headquarters is a project for decades to come. Quite apart to the optimum logistical facilities, it was very important to us to provide our employees with an architecturally stimulating, innovative and attractive building," says Christian Prangl.

The new address is: 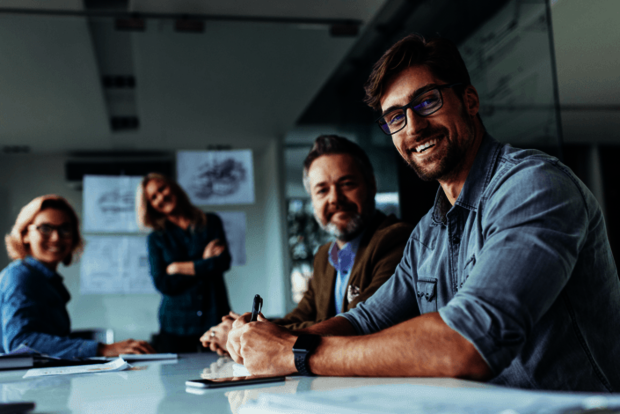 Apply now and become part of our team.